Digital advertising has long been more popular than its traditional counterpart. Considering that a majority of the world’s population uses social media, regularly browses the Internet for fun, and uses computers that are connected to the Internet in their lines of work, it only makes sense that digital advertising is far more popular than it’s ever been. Its popularity continues to grow steadily and likely will until it reaches a plateau several decades from now.

Pay-per-click (PPC) advertising, by extension, is also popular. Although PPC ads aren’t as popular as the Google Ads CTR is dropping  as they once were, they’re still a staple in most businesses’ advertising and marketing plans.

Let’s take a look at eight statistics related to pay-per-click advertisements in 2018 and how they’re affecting the industry and competitors’ marketing strategies.

We don’t need statistics to understand what the world’s most popular search engine is. Google – surprise, surprise! – is that search tool. In third place, behind Yahoo, is Microsoft’s Bing.

All of Google’s ads require advertisers to pay based on the number of people who click them. As time has marched onward, Google’s advertisements have become cheaper. Paradoxically, Bing’s pay-per-click ads have become more expensive.

Statistics from the fourth quarter of 2018 indicate that Bing’s average price per click rose about 6 percent, whereas that of Google dropped 13 percent in the same time period. More advertisers are currently likely to experiment with Bing than keep 100 percent of their ads on Google’s platform for one major reason: they want to keep their bases covered and advertise on all major search engines to avoid competitors sneaking up from behind.

2. Most People Regularly Rely On Google’s Paid Advertisements For Help

Some people’s brains are hardwired to think that clicking on Google Ads paid advertisements is a bad idea. After all, how can those links lead to quality results if a company paid for them?

Believe it or not, two-fifths of all clicks made on Google’s search engine results pages (SERPs) go to each page’s top three advertisements. As such, pay-per-click ads will continue to be used widely in digital advertising and marketing, especially on search engines like Google, Yahoo, and Bing.

If you’re familiar with pay-per-click advertisements, you know that the primary purpose of PPC Google Ads is to generate visits to advertisers’ websites.

PPC ads, as their name implies, aren’t billed based on how many people see them; rather, advertisers are only billed for the people who actually click on them. Marketing campaigns that are heavy on pay-per-click advertisements have been shown to raise brand awareness by a whopping 80 percent!

Best of all, advertisers are never charged based on how many people see pay-per-click ads. This fact of advertising makes PPC ads popular and will continue to keep them popular in coming years.

4. How Favorable Have PPC Ads Been Viewed In Recent Years?

Last year, from 2016 to 2017, roughly 7 percent of people viewed pay-per-click ads poorly, meaning they associated them with negativity. From 2017 to 2018, on the other hand, only 1 percent of consumers held negative connotations to this type of advertisement!

As more people become neutral to the idea of these ads, PPC ads will maintain their already-high level of popularity.

Research shows that approximately two-thirds of people who click on Google’s PPC advertorial showings do so when they search for things related to purchasing products. In other words, when people are ready to buy, they’re more likely to click on pay-per-click ads.

This means that companies that are ready to sell will keep buying up PPC slots like crazy.

6. Do You Know Who The Top Two Kings Of PPC Ad Revenues Are?

As many of you probably correctly guessed, Google Ads and Facebook PPC Ads are the two largest advertisers on the Internet. This holds true when it comes to PPC ads. To be exact, Google currently holds 37.2 percent of the digital advertising market, whereas Facebook holds 19.6 percent.

7. Mobile Searches On Bing Have Skyrocketed In Recent Times

From the fourth quarter of 2018 to 2019, the total volume of Bing’s search traffic via mobile users exploded by a factor of seven!

Even though ads are becoming more expensive on Bing, as referenced earlier in this article, Bing will continue to gain popularity among both advertisers and consumers.

Companies that are more geared towards mobile Internet users are more likely to use Bing in the future than their non-mobile-inclined counterparts. This means that Bing will grow market share in terms of total searches made, but not just from mobile users. 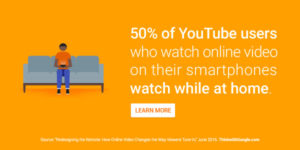 A recent survey conducted by PPCStatistics.com indicated that an astounding 86 percent of all American consumers regularly utilize the World Wide Web to search for local businesses that match their particular wants and needs.

As such, local businesses will find more and more utility from advertisements on search engines. This means that locally-oriented PPC ads could become more expensive across all search engines in coming years.